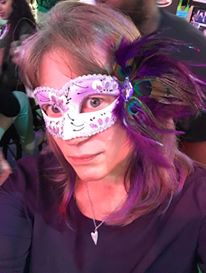 The main reason for my New Orleans trip was to experience Bourbon Street. 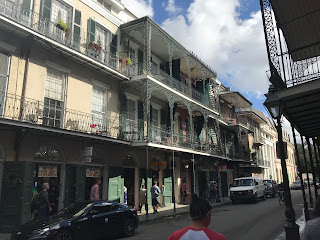 However, there is so much more in the French Quarter we discovered.
Vampires & Ghosts Galore!
There is a wide variety of walking tours from ghosts and vampires to drunks and prostitutes to cemetery walks.

We picked a ghosts and vampires walk and a walk thru New Orleans' oldest cemetery. Surprised by all the history, I remained mesmerized by the great story telling of the tour guides. The stories weren't made up ghost stories, but based on historical facts. Several times I felt chill bumps overtake my body. Or maybe the ghosts where messing with me?


We learned about two Vampires that could still be walking the streets of New Orleans, John and Wayne Carter. To this day, there have been many sightings of the Carter brothers, even by the new owner of the apartment building where the Carter's once called home. 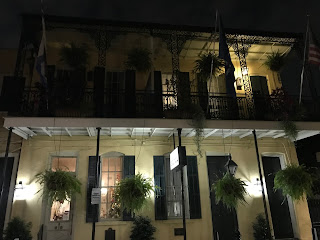 You can even book a stay at local hotels and spend the night with ghosts like at the Andrew Jackson Hotel. Several boys died in a fire there decades ago when it was an orphanage. Patrons share stories of mischievous ghosts during their stay.

New Orleans has the highest murder rate per capita. Even back in the early days of the French Quarter this was the case as most of the citizens of the area were the dregs of France sent to the area. This is because most people didn't want to live in a hot and humid, mosquito and alligator infested area. 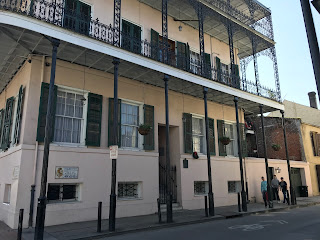 One such mass murder is said to have happened at one of the luxurious mansion's in the French Quarter. This one could just be a ghost tale but ghosts are said to be seen there. You decide. 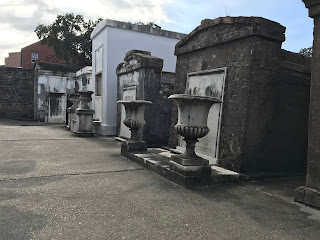 At the Cemetery stories about the Plessy vs Ferguson Supreme Court Case and Marie Laveau the Queen of VooDoo were shared as they both were entombed there. My next blog post will be the story of Louisiana VooDoo. I found it very interesting how gossip can become truth or we tend to believe the gossip and it turns into truth. This is true even in our day and time. 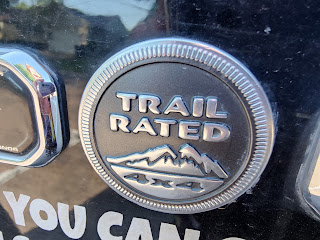