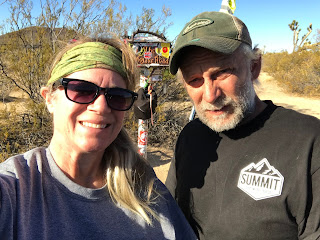 At the end of Jeep Momma & Neil's Adam's Xtreme Off Road Adventure last fall, Neil and I talked about our next adventure. I honestly didn't think we would have one. I wasn't expecting us to ever meet again.


We both were living different lives with me on the East Coast and Neil on the West Coast. Little did I know, we were destined to wheel together again. With my personal life a mess "Hardest Week of My Life", I headed out West and we began planning our next adventure. 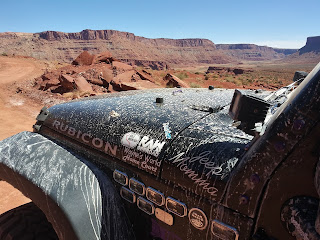 We planned on hitting all the Overland Events, Easter Jeep Safari and two fan rides. The first fan ride was a West Coast fan ride on Mojave Road call the LTWK Mojave Road Fan Ride sponsored by L.T. Wright Handcrafted Knives. The second is an East Coast Ride in Kentucky. 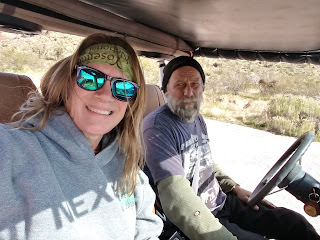 As we were preparing for our LTWK Fan Ride at the end of March on the Mojave Road in Southern California, we got word of a wheeling event in Kingman, Arizona. Neil and I didn't even need to discuss it,as we both agreed it needed to be put on the calendar. 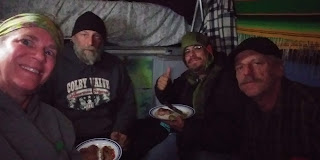 Two of our YouTube fans joined us in Kingman for March Madness. We found a secluded spot on BLM lands and set up camp for four nights and four days of wheeling. 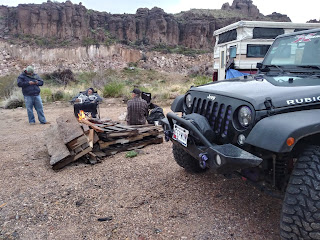 After we set up camp the first day there was enough time to wheel an easy wash before the sunset. It was a nice relaxing drive through a sandy wash with super easy obstacles. 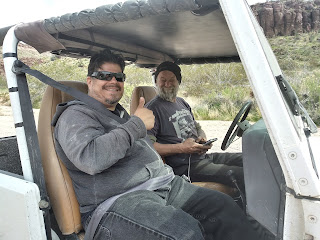 The next morning it was time to hit the trails, Twister and Wayne's World. Our fan Mike AKA Jeep Zentoks on YouTube called shotgun with Neil. He wanted to check out the trails before he ventured out in his Jeep. 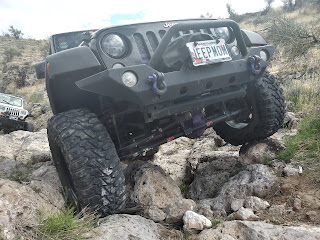 Rick and I wheeled in my Jeep. Twister was the most difficult trail I have ever wheeled. I am proud to say I made it through with out any damage. Plus I wheeled it with out a spotter. I am moving up in the wheeling world. 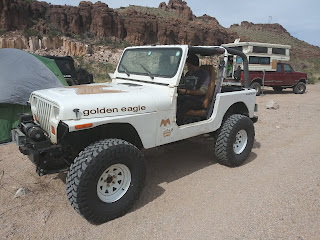 The second day I took a day off from wheeling and did some much needed errands to get ready for our LTWK Mojave Road Fan Ride. We were heading straight to Kingman to meet our fans in just a couple of days. Neil and Mike headed to the trail Homecourt for the day. I had wheeled Homecourt the last time we were in Kingman so I was good. 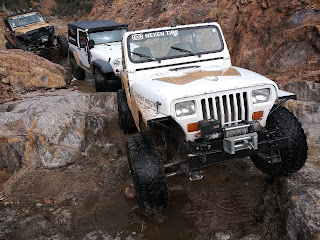 Our last day in Kingman I called shotgun in Neil's Jeep. I really wanted to get some good video of him wheeling, that is hard to do if I take my Jeep. The trail was Safelite and wow what an amazing trail. Check out the story here. 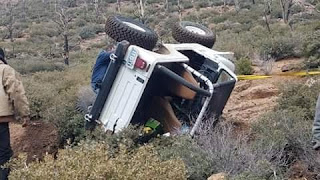 I didn't mention in the video that as Neil was being towed off the trail the Jeep flipped. No one was hurt but the Jeep's windshield took a hit from Neil's knee.


What a great day of wheeling. The next morning we packed up camp and headed to Mojave Road to meet our other fans joining us.


A shout out to our fantastic Sponsors
L.T. Wright Knives
Tom Wood's Custom Driveshafts
Jeep Cables
Colby Valve
Extreme Terrain
Off Road Only
Posted by Jeep Momma at 7:00 AM