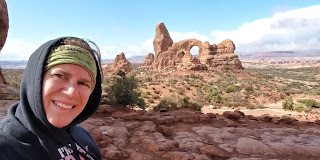 Part of Celebrating the Jeep Life Adventure this year was attending EJS 2020, Easter Jeep Safari, in Moab, Utah. I was looking forward to wheeling my own Jeep this time. I have been wheeling in Moab before, but it was in a rented Jeep. 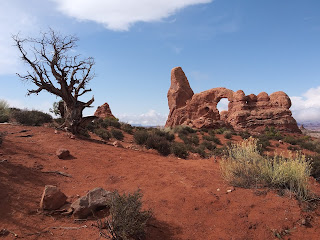 The plan was to get there early and wheel the most popular trails before they get filled up with Jeepers. Well, we didn't need to worry about any Jeepers being in Moab while we were there. The event was cancelled due to the virus.

All the BLM, city, and county campgrounds were closed as well. The motels weren't accepting out-of-towners and the restaurants were take out only. 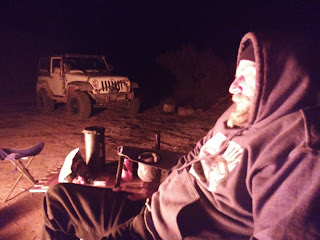 We still persevered and went. We found dispersed camping just south of Moab in San Juan County. We enjoyed 4 nights of camping and 4 days of wheeling. 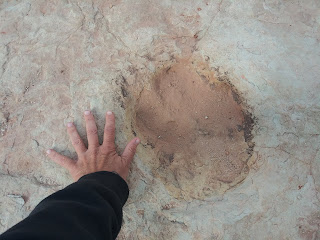 We were able to take the back roads into Arches National Park as well. It was pretty cool to see actual dinosaur tracks. 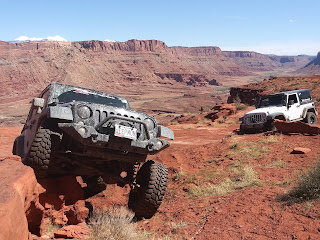 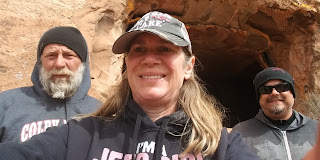 We also missed seeing our many Jeep friends who planned on attending EJS 2020.

We had planned on staying for at least two weeks but on the 5th day we were approached by a sheriff's deputy. He 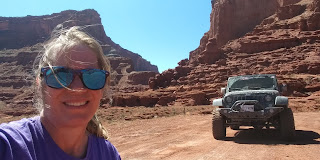 said never in his life did he imagine he would have to kick Americans off public land but he was just doing his job. For the safety of their small community we were asked to leave. We hated to do it but we packed up and headed back to Colorado. 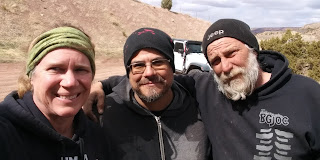 We had a great Adventure in Arizona and Moab. We were sad it was cut short. It has been one surreal year for me with leaving my home and kids to the lock down to the riots.

Before you hit the road when you are heading out on a trip, any trip, check to see if any roads along your route are closed. I made this mis...