Stuck between a rock and a hard place.

I had to leave a Jeep on the Rubicon Trail. There are other Jeep Codes not mentioned in that post, like tread lightly, if you pack it in pack it out, stay on the trail, and never leave a Jeep -- or is it Jeeper -- behind. Well, that last one sits heavy in my heart. Sometimes it's not always an easy decision to make what to do when a Jeep breaks down on the trail. Yes, you can arm chair quarterback back at home, but in that actual moment so much is in play. 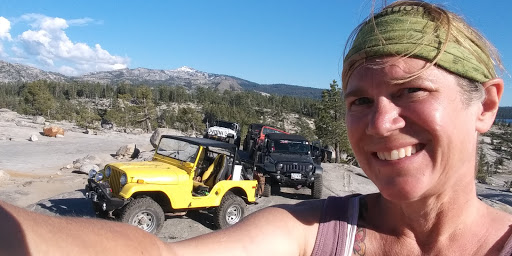 As you know, I just recently got back from wheeling the Rubicon trail. I took my 2015 Rubicon and Neil was in our 1969 CJ5 we call Bumblebee. My kids also flew into Denver to join us. 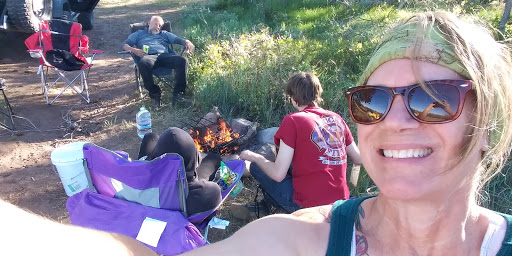 My oldest son Michael was hesitant to make the trip as he is taking summer college classes. Even though they are online, he still had homework deadlines and tests. Neil convinced him to join us, which I am so thankful that I had that time with him. Michael agreed as long as we got him back to the airport on Sunday. I made him that promise - I would get him to the Airport on Sunday. 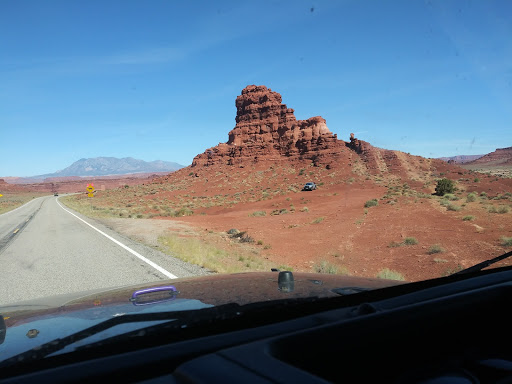 I was looking forward to spending time with them, especially showing them the beauty of the West and tackling the Rubicon Trail. It was about 5 months since I had seen them. I picked them up at the airport, then the next day we headed for California. 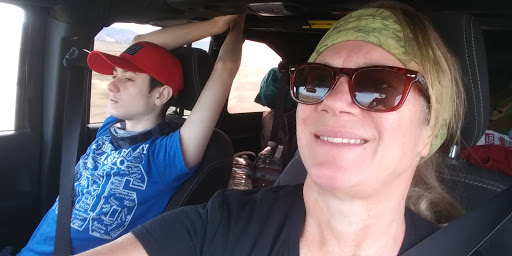 Michael rode with Neil in the CJ5, and Ben and our dog Dixie rode with me. We took the backroads since we were driving the CJ5 as her max speed is 60 mph. Our pick up was having issues, so we couldn’t tow the Jeep. We have since sold that truck and now have the Jeep truck - J4000 which Neil is currently modding. 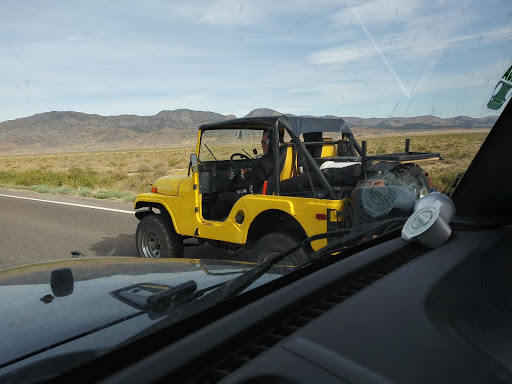 The CJ5 has a smaller gas tank, which means limited mileage so we had two extra gas cans. At one point early in the trip, we needed to stop on the side of the road to add gas in the CJ5. It was nothing but issues from that point on. 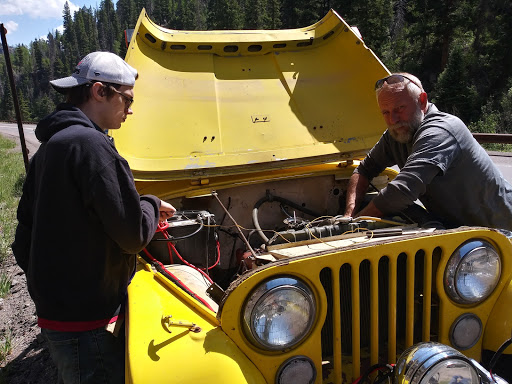 Previously we had wheeled this Jeep on several trails here in Colorado with NO issues. There were several times along the way to California we needed to stop for minor fixes.  Neil made repairs on the carburetor and fuel filter. The night before trail day Neil spent hours in the hotel parking lot working on the Jeep. 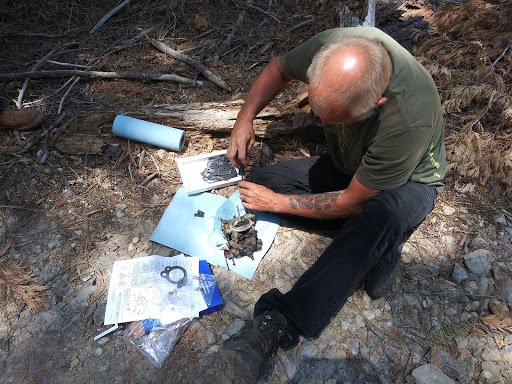 The next morning, we stopped at the Auto parts store for extra parts. Then before we even got to the trailhead, we had to stop on Icehouse Road. Neil needed to rebuild the carburetor. My heart ached for him, as I could feel the frustration flowing off him. Those gas cans were metal, and now we believe they were contaminated. 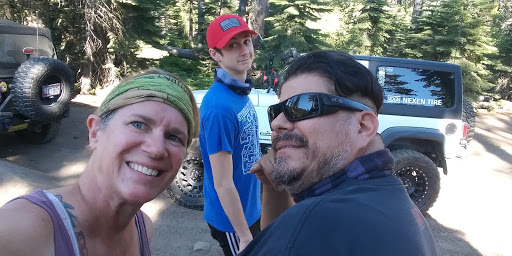 This trip we invited some of our fans to join us. They all had requested vacation to spend the week wheeling. They came from Arizona, Southern Cali, and Illinois. It was a first time on the trail for all, but one. Everyone was looking forward to wheeling this iconic trail. 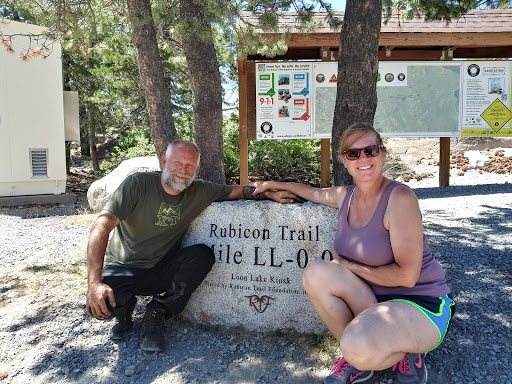 We finally entered the trail around 2pm Monday afternoon. We were all pumped and excited to be ON THE RUBICON TRAIL.

The Road to the Rubicon Trail Video

Not to long into the trail the CJ5 had the Transmission mounts broke. Easy trail fix for Neil. It happened again a little tougher fix, but Neil fixed it. He is the master of trail fixes. 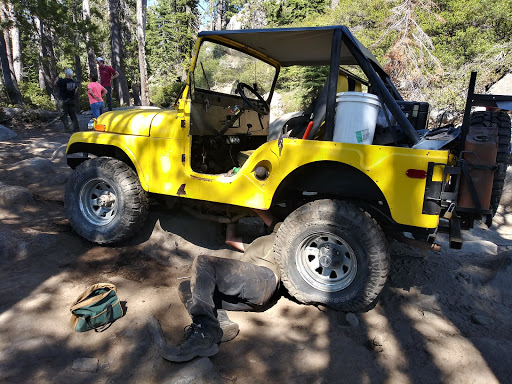 Now understand our CJ5 was on 31’s with not a whole lot of mods. We had watched video after video of old school Jeeps tackling the trail with not a whole lot of issues. Neil is an amazing wheeler. He wheeled some of Kingman’s trails with no lockers in our YJ, He conquered obstacles no one thought he could. I had all the faith in his abilities. We knew there might be some winching, but that is to be expected. 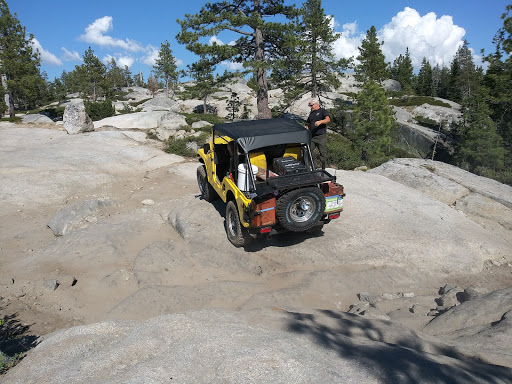 What we didn't expect were the fuel issues. By the second day the CJ5 was not doing good. We ended up with a broken U bolt which Neil trail fixed and the engine was having serious issues. We began to have to tow Bumblebee.

By the third day just after Little Sluice we came across some California guys. They said we needed to turn around there was no way we could tow her out the rest of the way. This is where it gets hard. It was extremely hot and we were all frustrated with the slow go. I felt responsible for everyone’s trip. 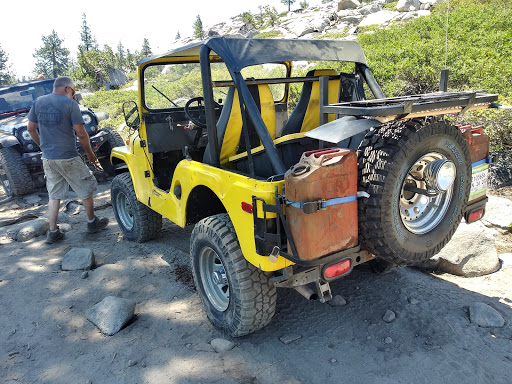 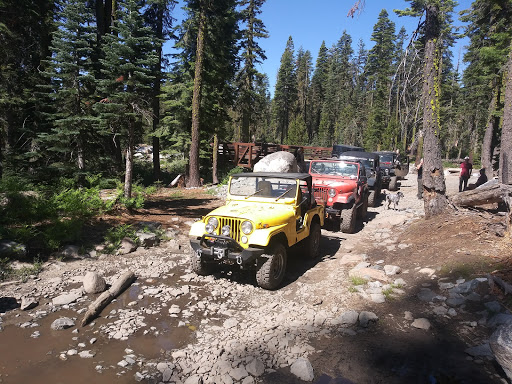 There were other discussions of what to do but we all weren’t apart of them. Eventually, Neil decided to leave the Jeep so everyone could finish the trail. That decision went against everything he fundamentally believed in. My plan was to pay to get Bumblebee off the trail and go back after I dropped my kids at the airport. 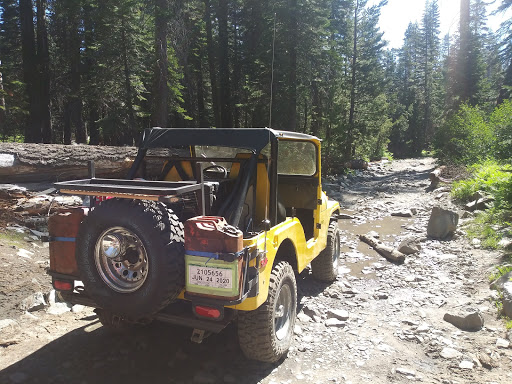 We all made it off the trail late Thursday night except Bumblebee. Neil's amazing spotting skills got everyone through all those obstacles in one piece. I honestly don't think we would have made it in once piece without him. 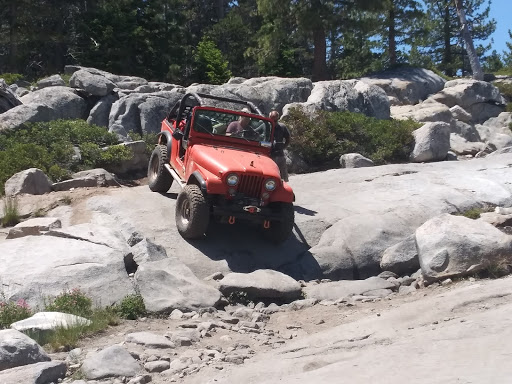 The next day Neil posted on the Rubicon Gazette. Some Cali guys with Race buggies came to the rescue. They went in late Friday and got Bumblebee out. It was a 12 hour process with Ultra 4 racing vehicles. They even tried a couple of trail fixes but no luck. She was safe in California until we could go get her. Neil and I fundementally disagreed about going back in to rescue the Jeep. In my mind there just wasn't the time as I needed to get my son to the airport in Denver. I didn’t think it was a good idea to go back in by ourselves. The other Jeeps had issues and were not capable of making a recovery. My Jeep seemed good to go, but going in alone with 2 kids and a dog with no back seats didn’t seem like a good idea. I honestly had total faith in the Jeep community. Neil a very old school Jeeper says you take care of your own problems. 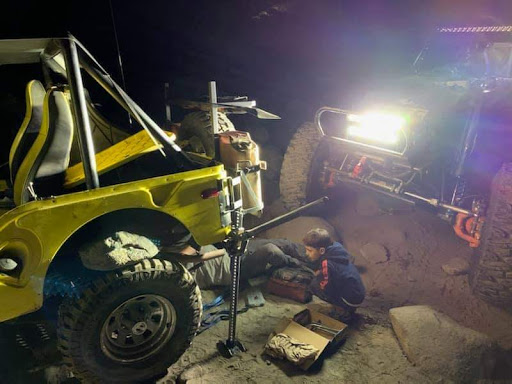 The guilt sat heavy with me for leaving the Jeep. There was a lot of tension between us and it didn't look like it could be fixed so I left. I just couldn't deal with the hurt and guilt. The mom in me superseeded the Jeeper in me which was tough to come to terms with. 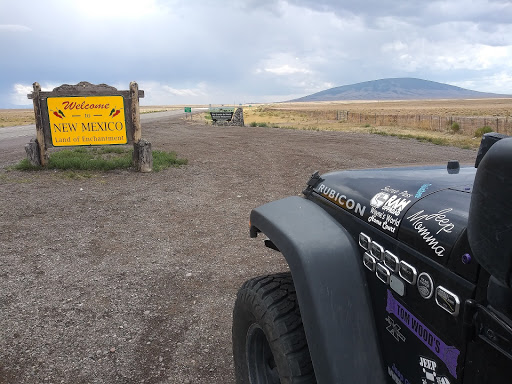 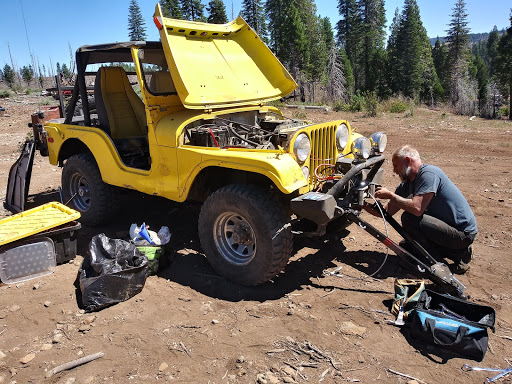 We did get back to California to get the Jeep. Weeks after I left Colorado, I needed to go back for financial purposes. My path crossed Neil's unintentionally. We talked and I wanted to make good on my promise to get Bumbleebee home. 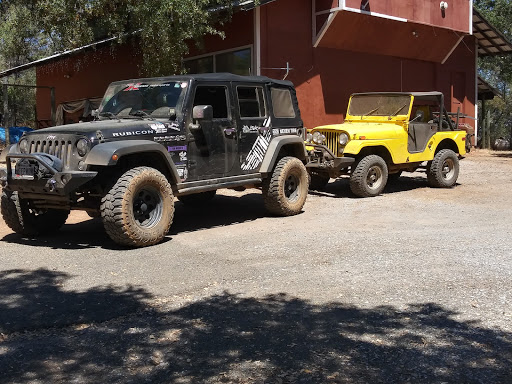 We hopped in my Jeep and made the trek back to the Sierra Nevada's. Spending hours upon hours together on a rode trip you do a lot of talking. And a lot of healing. We both agreed on many things we should of done and shouldn't of done. We both took responsibility for blame.

We did get Bumblebee off the mountain and back home to Colorado. The CJ5 needs some fixing and we will do that together.

Once you truly understand what forgiveness is, you can begin the process of healing. Healing from a destructive relationship requires forgiv...