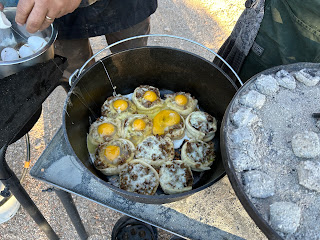 Day 3 of the 4Xploring trip along the Northern Rim of the
Grand Canyon on the Arizona Strip started with a hearty breakfast of sausage and egg pinwheels. Another Yummy breakfast from Bob and the crew that did not disappoint. 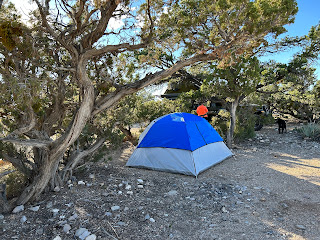 We spent the night at Twin Point Overlook with the  most spectacular views. Day 3's journey was leading us to Kelly Point for another night of camping 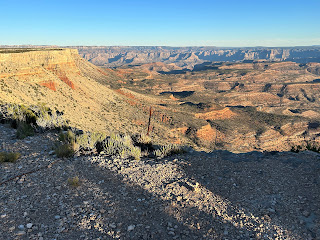 The road to Kelly Point leads to amazing views but the road is only for those with the fortitude to withstand 4-5 hours of bouncing around in your 4x4 vehicle. It is one of the roughest and slowest roads in the National Parachant Monument. 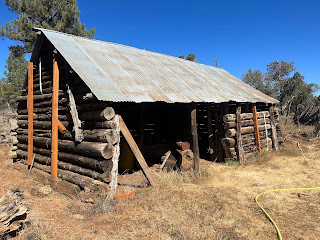 Right before the rough road began we made a pit stop at the Waring Ranch.  A remote homestead and ranch established by Jonathan Deyo Waring in 1925. 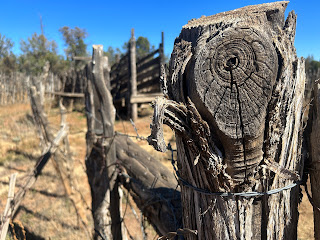 The site has cabins, corrals, fence lines, water tanks, and two holding ponds. Cattle ranching back in the day was the main economic activity for the settlers in this remote arid land. 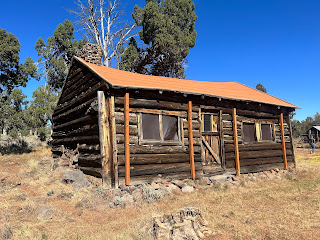 Jonathan Waring grew up in New York State, however, he admired Teddy Roosevelt and the ment of the Rough Riders. Waring was intrigued by the cowboys, miners, hunters and gamblers so he headed West to Phoenix. Later his adventures lead him to the Arizona Strip via Grand Gulch Mine. Something about the strip called to him and he began acquiring government land. 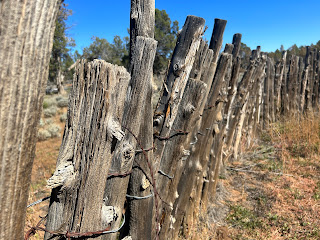 Preston Nutter, an Arizona Strip cattle baron, was a rival of Waring's.  Both ran cattle at the same time and both believed they owned a certain parcel of land at the rim of the Grand Canyon. When Nutter built a fence around the contested parcel,  Waring retaliated by burning it down. 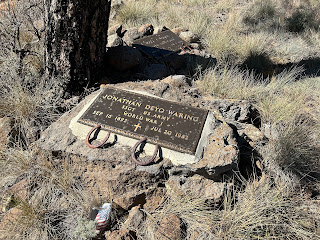 Later ironically Waring was drafted into the U.S. Army to serve during World War I. He ended up in the in the Argonne Forest trenches of France, fighting in the largest offensive in United States Military history.

He later returned to the Arizona Strip to acquire more land and cattle eventual selling his land to the National Park Service. The Waring Ranch is now a historic National monument. 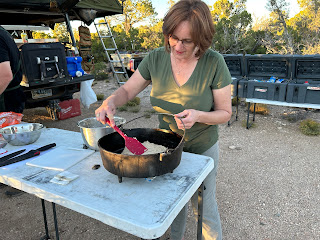 Back into our Jeeps it was time for the bouncy four hours to our next stop. Then Bob and his crew whipped up some Hungarian Goulash while Mary baked us some tasty beer bread. Then topped off with hot fudge brownie and ice cream.
at December 03, 2022