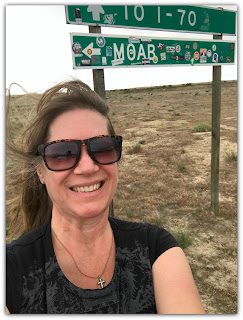 Finally, my Moab Adventure begins! After three years of planning and waiting, I made it to Utah. Back in 2015, my sister and I started a new yearly tradition, Sister Get-a-ways. We decided to take turns picking the destinations each year, for our mini-sisters vacation. 2017 was my turn to pick the destination. Moab, Utah was my choice. 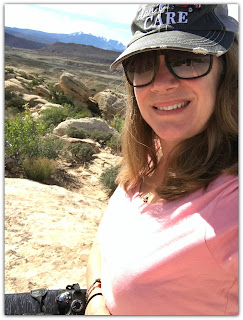 However, this year my sister backed out and I wasn't going to let that stop me. Moab turned into a solo trip which in the end turned out great because I was able to spend more time off-road.

Turning 50 inspired me to stop dreaming and start doing.


I created my bucket list. Now it is time to start checking off the adventures I always thought about doing. However, I never stop dreaming of new adventures. I just add them to my bucket list.

It was an amazing vacation. Below are links to my Day by Day synopsis of my time in Moab. On each page I share all the things I did with links and Jeep Momma tips. 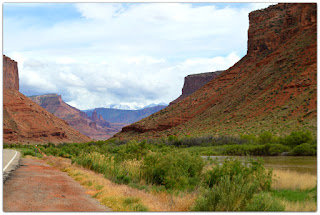 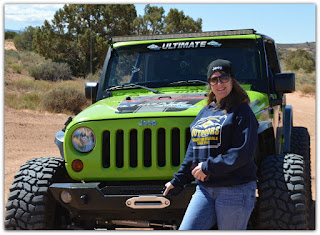 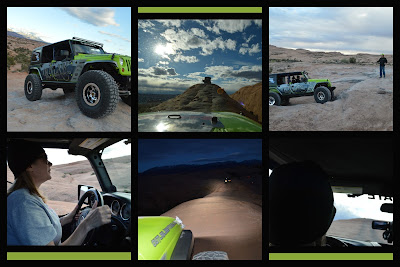 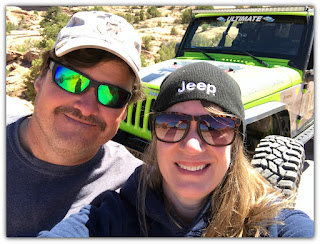 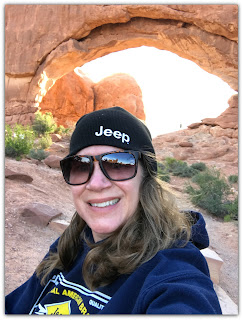 I has been a year in the making, and only two more days before I get on that airplane to Moab.

"You're not taking your Jeep?"

That is the question I keep getting asked. 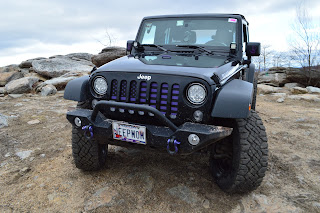 Well... I would love to take my Jeep, but the 30 hour trip one way prevents me from taking my Jeep. That 30 hours would have to be a straight non-stop drive. It would take 3 days with stops to sleep, and that is just one way. Another 3 days to drive home. Just not in the cards for me this time. I don't want to wait until the perfect time. So I am making the best of it.

It will be a weekend packed with Moab Adventure.

unWine'd and Dine Cruise on the Colorado River

Yep, Wine on a leisurely, relaxing boat ride up the Colorado River. Then a cowboy style dutch oven BBQ. 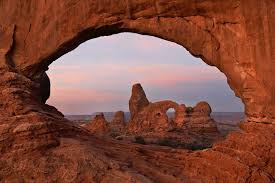 Hiking and Sightseeing at Arches and Canyonlands National Parks. 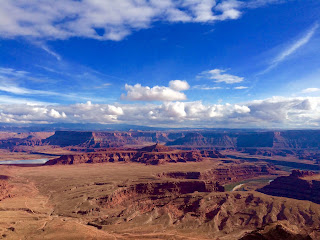 I can't forget Dead Horse State Park with some of the most  majestic views in the world. 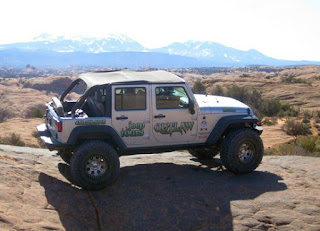 Now the best for last. A Jeep adventure. I booked a drive along trip with Outlaws Jeep Tours. I will get my own Wrangler with a 4" lift and 37" tires, lockers and beadlocks, plus a guide I can follow along with on the world famous trail ~ Hell's Revenge. 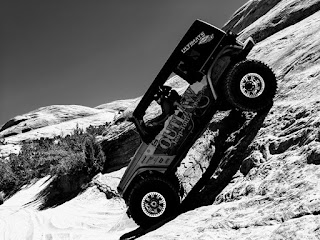 I will get to navigate high, steep climbs and heart pounding descents while taking in the beauty of Utah. Yikes, I get nervous just thinking about it. If you didn't know, I am extremely afraid of heights. I just hope I don't panic and freak out.

I am so excited for this adventure to begin. I may even hit a ghost town or too along the way. Check out my social media sites where I will be posting lots of pictures and videos while I am there. Then when I get home I will share all the stories of my adventure.
Posted by Jeep Momma at 9:00 AM No comments:

When I retire, or when my husband retires, my dream has been to rent an RV to travel the United States. I want to visit  as many state and national parks as I can. Dan with The Road Chose Me helped me to realize I don't need to wait until I retire. So I have started my plan for my North American Adventure. 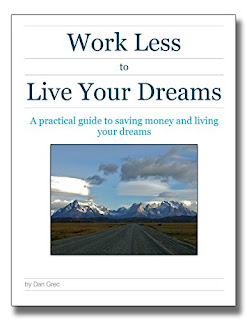 Work Less to Live Your Dreams 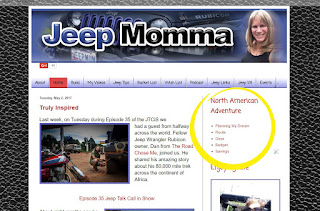 Step Two - Make a Plan for My Plan

I will be posting my progress on my blog. On the right hand side of my blog is the title North America Adventure. Follow my progress there.

This will be an ongoing process. I expect this to change as I progress, but I need to start somewhere. So my first step is to figure out what I need to plan.

Questions I need to answer.

Question #1:
Do I stick with the continental United States, or do I venture more North to Canada into Alaska? This could require more time and money.

Question #2:
Do I visit just the scenic parks, or do I hit the Off-Road parks and 4x4 along the way? The risk of hitting off-road parks, which would be a blast to hook up with other Jeepers to wheel, is the possible trail damage to my Jeep which could put a stop to the whole trip.

Questions #3:
The length of my trip. How long can I spend away from my family. I am a mom, who when I am ready to venture out on this journey, will still have a son in school.

Question #4:
Can I do this alone? My family does not have the same interest in adventure as me. Or so I thought. I just found out tonight my oldest has an interest in visiting every 50 states. Hmmmm.... We could do this together. So as I plan, my plans evolve.

As I make my dreams become a reality I will be looking to other Jeepers and over-landers for much help and suggestions.
Posted by Jeep Momma at 1:00 PM No comments: 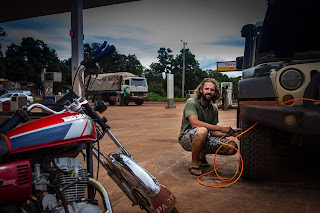 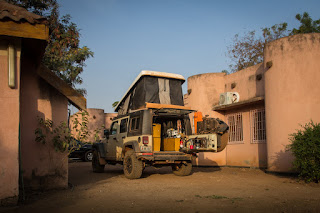 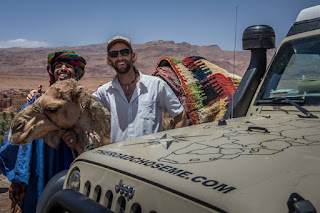 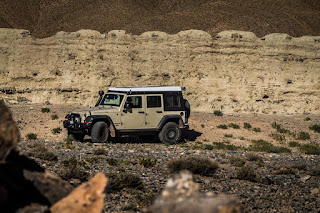 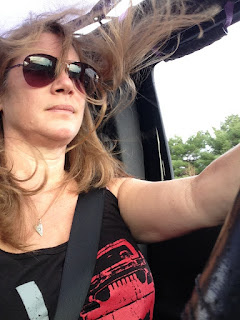 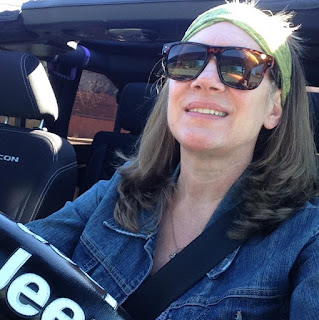