Six years ago I discovered the Rubicon Trail from videos on YouTube. I had no idea there was even such a trail.  A fellow Jeeper on Instagram told me, with practice, one day I would be able to wheel the trail. 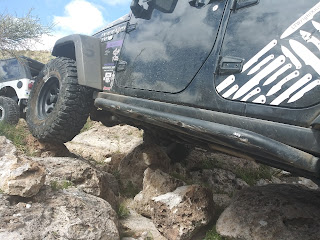 At the time, I didn't think I would ever be at that level. Boy was I wrong. Recently, I upped my wheeling game with some off roading in Kingman, Arizona where the trails are quite difficult, some compare them to the Rubicon trail and even harder. I made it through a few of those trails, so I figured I might do okay on the Rubicon Trail.
The time was finally here. Not only was I going to get to wheel the Rubicon Trail, I was going to get to do it with my two sons.
I picked my kids up at the airport on Thursday night and Friday morning it was off to the Rubicon Trail. 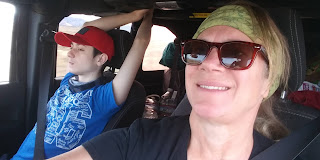 We took our time getting from Colorado to California where we were meeting the rest of the Jeep crew that were going to wheel the Rubicon Trail with us. 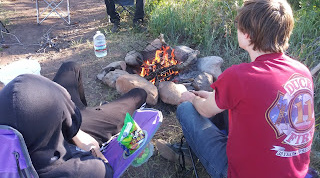 Spending time on the road with my kids was amazing. I wasable to show them the amazing beauty of the west. The first night we found dispersed camping in the Manti-La Sal National Forest. 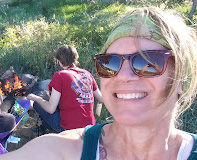 Their first experience at dispersed camping. They liked the fact we were the only ones for miles and out in the middle of nowhere with just nature.

It was a great time and an awesome memory. We took a little hike just me and my kids then came back and Michael got the fire started. Then we ate dinner and hung around the campfire. A moment in my life I will cherish forever. 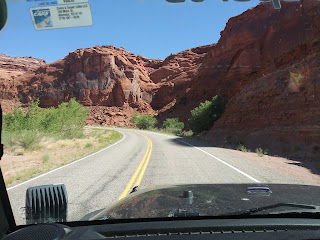 Those three days on the road with my boys are ones I will never forget. 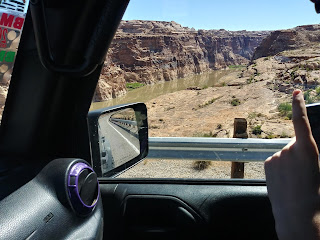 One of the most amazing parts were the views along Highway 95 in Utah between Blanding, Utah and Hanksville, Utah. It's one of America's Scenic By-ways. The views were absolutely breathtaking.


We pulled into South Lake Tahoe Sunday afternoon and meet the fellow Jeepers at the hotel. That ride into South Lake Tahoe coming over the mountain and seeing the lake was spectacular and scary. I created a traffic jam because I was so freaked out at the heights. I wish I had pictures but I couldn't take my hands off the wheel and Ben was secretly recording me freaking out.

The next morning it was off to the Rubicon Trail.
It started with Ben, my youngest son, 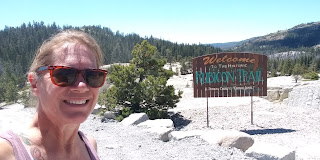 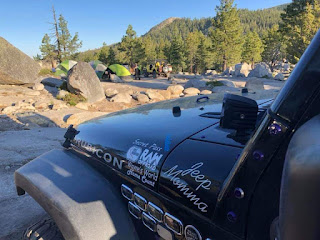 We set up camp that first night on top of the obstacle Whale Bones. My boys, Dixie our dog, and I in the tent. Michael eventually slept in my Jeep.
I made it up the obstacle with no winching, however my winch 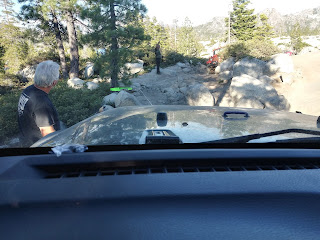 was put to good use getting some of the other Jeeps up the rocky incline. Thanks to Quadratec for my winch. I was selected to be the proud owner of the new winch during a giveaway at a Women's Wheeling Event I attended at Rausch Creek in 2019. 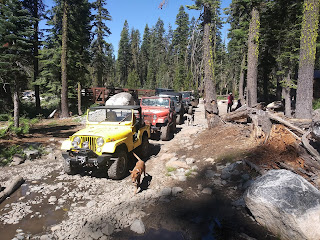 We left Whale Bones that morning with our bellies full. Angela brought breakfast burritos for all. The first half of the Rubicon Trail is through the Loon Lake interior and is mild to moderate. We were making pretty good time. 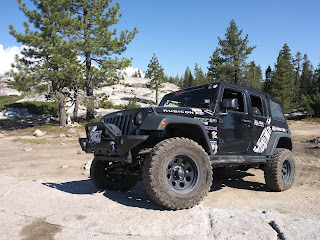 To wheel the Rubicon Trail was a dream of mine from the moment I discovered it. That was back in 2014, and I never in a million years thought I would have the skills to tackle this iconic trail. 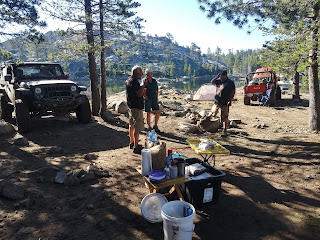 We finally made it to Buck Island Lake and found some really amazing campsites. It was a needed break for everyone. 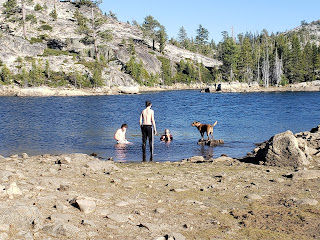 The lake cooled off some. 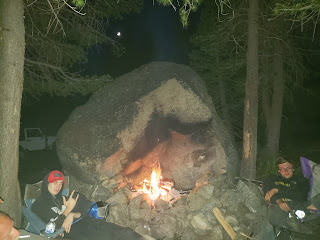 Other enjoyed the fireside chats. 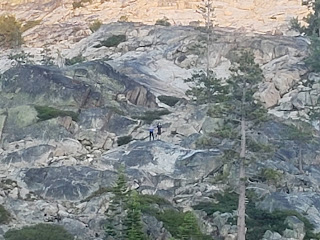 Ben even did a little exploring. 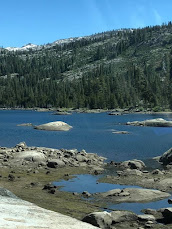 Our last day on the iconic 4x4 trail.Early that morning we left the coolest camping spot on Buck Island Lake. 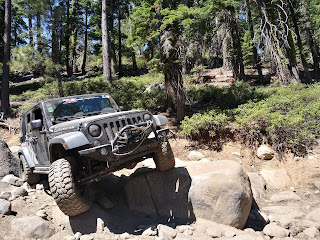 Leaving the area was a sign of what was to come on the trail. The most difficult obstacles were ahead.  Big Sluice, Saw Toot, Scout Hole, Squeeze Rock and Cadillac Hill. 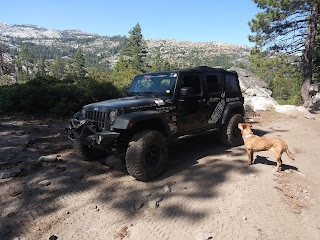 There were some very intense moments for all of us. It was an amazing day for me as I traversed a lot of those obstacles on my own. I have come such a long ways from those first days at Rausch Creek Off Road Park in Pennsylvania. 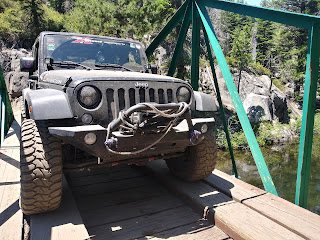 It was so cool to see those places you always would hear about. 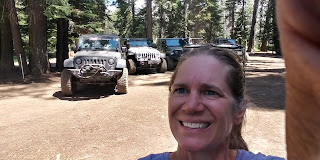 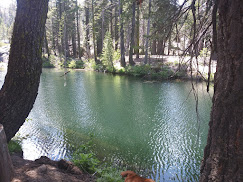 Others took a swim in the frigid waters. My boys and I opted not too. 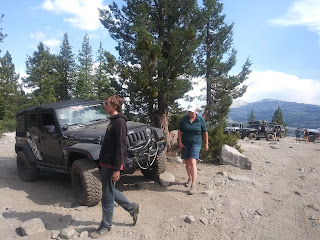 The trip up Cadillac Hill to Observation Hill was intense. It was just me and my boys. They were awesome giving me the courage I needed to keep moving forward. Once off the trail we found a place to eat. It was nice to all be together to celebrate our accomplishment.